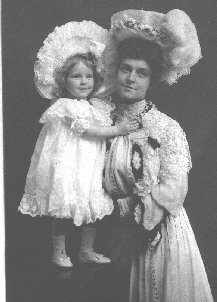 Motherhood is (and has been for more than 150 years) one of the hardest topics to write about in any meaningful way. And yet the overwhelming amount of material written about motherhood just in popular press alone–articles, books, advice columns, magazines, blogs, tweets–should make you question why I would even think such a thing, let alone publicly declare it to be true.  If motherhood is so hard to write about in a meaningful way, why is it written about ALL the TIME? 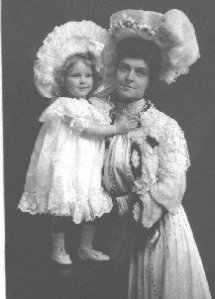 It’s written about all the time and in so many places precisely because it is so hard to understand.  Motherhood is a subject that, at every moment, is both constantly changing and exactly the same.

The “exactly the same” part is biology: if you produce a child, you are biologically a mother.  There is nothing ambiguous or sentimental about this. It’s nature, not judgment, not emotion.  Mammals do it all the time. (I can’t comment on the Pregnant Man though.)

The ambiguity, emotion, judgement, sentimentality, confusion, stereotyping, and obsessive self-analysis of motherhood all come from what we believe mothering means or is supposed to mean. Motherhood with a Capital M is, and has been since the Victorians created the Myth of the Perfect Mother, a turf war.  It is both an internal war (“am I good enough?” “am I doing it right?”) and an external war (“stay at home mothers are worth less than working mothers and vice versa”).  And really, I believe most of us are just over it.

All mothers are not created equal but that does not mean you need to spend your life defining yourself by what you didn’t get or have.  You are, at any moment, free to move on and become the person you want to be.  Really.

All mothers, including you, are not created equal, but that does mean that you are any better or worse than anyone else out there who is doing their best and trying to create a relationship that supports themselves and their children.

Whenever a way of thinking or feeling or being about motherhood becomes destructive of your self-esteem, you have the right and responsibility to abolish it, and to pursue that which contributes to your emotional/psychological/physical safety and happiness.  This does not make you a bad person.  In fact, it makes you brave and powerful, which is infinitely more useful.

But it’s also best not to define mothering by what you don’t do or have or get; it’s much more exciting and empowering to mother from a place of what you do have or do or get.

When motherhood is viewed from a position of possibility and abundance, so many amazing things happen.  Limitations become the pathways to tremendous opportunity and hope.  Read nieniedialogues.blogspot.com for daily examples of this; talk to same-sex couples with children who are, with tremendous courage, reshaping what both mothering and fathering mean; ask anyone who is struggling with the attachment issues that adoption can bring, or families raising children with any type of disability.  Talk to mothers and fathers who successfully co-parent after divorce.  These are the voices of power, hope, raw courage, and inspiration.

Motherhood is hard, but so is living with a chronic illness, an abusive spouse, no job, the loss of a loved one, or any of the other cabillion issues human beings live with every single day.  Yes, it is hard.  When things are hard, take good care of yourself, find lots of friends who support you, and do your best.  But try to move beyond the complaining; it’s not a good place to dwell, and most of us hear enough of that already.

My final declaration of independence regarding motherhood would state that mothers have nothing to defend; we do not need to justify ourselves to anyone.  Mothers will have our legitimacy and sanity questioned often enough by our own kids; we don’t need to do it to ourselves as well.

The only thing we have control over as mothers is our own behavior; I absolutely believe that the majority of us are doing our best and them some.  So let’s off-load the guilt, the pervasive sense of inadequacy, the constant need for validation.  No one needs this and it drives everyone around us insane.

One last thing: don’t fall for the theory of the “good enough mother,” either.  As an alternative to guilt-inducing perfectionism, it’s fine; as a life-guiding strategy, it’s ridiculous.  Practice forgiveness of your self and others, certainly, but don’t stop trying to do your best.

5 thoughts on “Mother’s Day 2012: A Declaration of Independence”