“Somebody could walk into this room and say ‘your life is on fire. It’s all over the evening news, all about the fire in your life on the evening news…'” (Paul Simon, “Crazy Love, Vol. II”)

Words are like maps. You unfold them and they can take you to unexpected, delightful places. The word “imperfect,” for example, has etymological roots in areas ranging from law to botany to music. In music, one of the definitions of “imperfect” is: “a cadence ending on some chord other than the direct chord of the tonic, usually that of the dominant, and having the effect of a partial close or stop” (Oxford English Dictionary). I have no idea what this means, so I asked someone who does, and he told me to think of it as the combining of notes that are dissonant or inharmonious. “Is it a mistake or can it happen on purpose?” I asked. He sort of laughed and said, “It depends what effect you’re trying to have.”

The sound of a police siren or fire engine, especially the ones you hear in European cities (click to hear one) is an example of this kind of deliberate dissonance. It’s loud, irritating and disruptive, and it’s that way on purpose; its intent is to get your attention. Somewhere there is a problem, someone is in trouble, someone needs help. It might even be you. It might be your life that’s on fire.

Our typical response to immediate and urgent problems, and it’s a sensible one, is to act quickly to treat them–you go to the hospital to get treated, you make the funeral arrangements, you bail your daughter out of jail, you leave the house and file for divorce, you rewrite your resume and start looking for a new job. These things are incredibly hard, yes. But living with the imperfect aftermath, when it isn’t urgent or immediate, is immeasurably harder.

After the angel delivers his message and leaves you alone, what, precisely, are you left with?

I know I’m oversimplifying this poem, but I remember it because it IS simple; almost impossible, but still simple. It’s finding the fundamental resilience to get up when 99% of you believes that you can’t. I wish I could say that finding that 1% feels uplifting and joyful but it doesn’t. It often feels like an impossible, lonely slog. But you do it anyway. And that is real power, real faith.

It’s power because it comes from a place you didn’t know you had but were forced to find; it’s power because it makes you more human and therefore less alone; it’s power because it clears the bullshit out of your life and focuses your vision on the only things that really matter. The power of resilience makes you fierce and gentle at the same time. It makes you tolerant and also utterly unconcerned with pretense. When you become attuned to and tolerant of the imperfect concord of your own life, and the lives of others, you can pay attention to where help is needed. I want to say that it’s faith because you go on believing when there is no evidence that things will get better, but I don’t believe that. It’s faith because in the pain itself, part of you knows that you are not alone. There is always evidence.

Alarm bells and dissonance are calls for help, and my experience is that when we ask for help we usually get it.

I came home from a wonderful Thanksgiving with my family in New Jersey, grateful, but not really ready to face the next several weeks. In my mailbox, I found a hand-delivered, wrapped gift from my friend Ann. It was a CD by the Benedictines of Mary, Queen of Apostles called “Advent at Ephesus” and it’s exquisite. Harmonious and resonant. Evidence of help and of love.

If you’d like to, please share your own experiences of finding that evidence in your lives. Every story touches someone, and what a lovely gift to give during this season, right?

Below, a poem about accepting ourselves in the imperfectness of where we are by contemporary poet Philip Booth.

So, there’s no way to be sure. Not
about much of anything. No more about
anyone else than ourselves. Perhaps
not even of death, except that it’s bound
to happen. To you, yes; to me, us: the lot
of humankind, given how humankind sees it
from this near side. So what.

So nothing that we here and now
can perfectly know. Save, though the lens
our eyes raise, the old here and now.
The this, the already-going that moves us.
The red-shift we’re constantly part of.
And why not? Between what we were, and
are going to be, is who and how we best love. 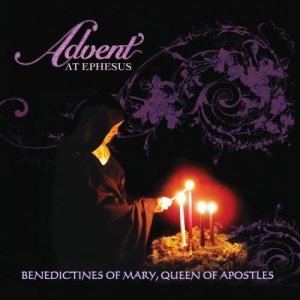 2 responses to “An Imperfect Concord”