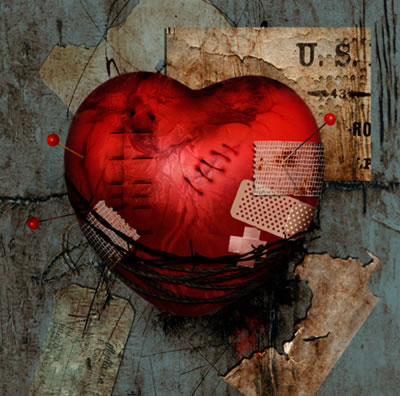 One of the questions that someone recently wrote in was, “Is being in love anything but guaranteed insanity?”  I know this was a serious question, with real perplexity behind it.  But it made me laugh.  Of course it did.  Chris Rock says that if you’ve never wanted to kill someone, you’ve never been in love.  And maybe I’m starting out this post with a somewhat comical tone, because questions about love between long-term partners, and the question, “Are you willing to be the one who says ‘I love you’ first?” scares me almost to death.  Because I’m pretty sure that I’m not.  Maybe sometimes, but not as a rule. 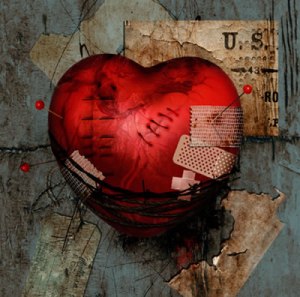 A Buddhist-oriented therapist once told me that it’s okay to be the first to offer your hand in an argument with your spouse, just to reach out, even if you know that you will be rejected.  He said, “Karmically, there’s nothing wrong with making the gesture first, alone, without any guarantee of response.  No matter how much it will hurt.”

So that got me thinking about this question of being willing to say “I love you” first.  And I guess by first I mean a few different things: first after having a fight, first when you feel deathly insulted and wronged, first when you’re at one of those parched, bleached patches of a relationship, like Ezekiel in the desert, and neither of you has anything left to give.  First even when it feels like there’s no hope left.

Why is it so hard to take the first step?  Fear of rejection, yes, of loneliness, of powerlessness, of trust being eroded.  Fear of knowing that this is not an action you are only going to get away with once; it’s going to be required of you over and over and over.

But if, for a moment, we separate ourselves from that other person who hurt us, and ask ourselves, “What are my values, independent of anyone else?  How do I want to treat people, regardless of what they have done to me?  And how can I live those values, no matter who is standing in front of me, no matter what the outcome, no matter that there are absolutely no guarantees?”  I think by taking the other person out of the equation or the struggle, we are paradoxically freed to make the choices that are truly from the heart.  They may not get us what we want, or at least not at the moment, but we know in our own hearts that we chose well. And then maybe hope returns, like tiny green shoots. 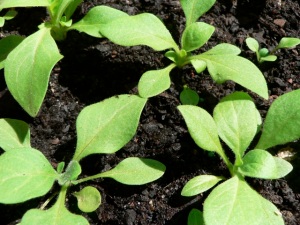 Singer-songwriter Carrie Newcomer has a song called “Leaves Don’t Drop (They Just Let Go”) and there’s one line that goes, “Finally when my life is through, I’m what I am, not what I do. It comes down to you and your last breath, this I know is true.”

I’d like to know that what “I am” is a person on the way to being able to say “I love you” first.  It may take me a loooong time to get there, but I have a good feeling that it will be worth it.

A few words from Emily Dickinson today.  It’s a poem about building a soul.

The Props assist the House

The Props assist the House
Until the House is built
And then the Props withdraw
And adequate, erect,
The House support itself
And cease to recollect
The Augur and the Carpenter –
Just such a retrospect
Hath the perfected Life –
A Past of Plank and Nail
And slowness – then the scaffolds drop
Affirming it a Soul –

4 thoughts on “The Willingness to Say “I Love You” First”