You Don’t Have to Like “Self-Care” To Do It

The term “self-care” has long felt problematic to me, in part because things like this are marketed under its name:

The Dumbest Self-care Idea Ever

This is an example of the various “self-care subscription boxes” that are often advertised on Instagram. Some of the ad copy actually reads, “curated by therapists…,” reinforcing the allure of such items as magical, healing gifts to yourself, when in reality, a plant, for example, is one of the WORST things to give a person in need of self-care. When it is a struggle to brush your own teeth, the absolute last thing you need is another living thing to care for, as this photo of my “indestructible” Victorian Parlor Palms indicates: 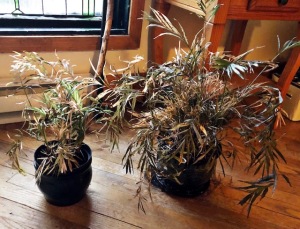 I’d like to say I tried, but I really didn’t.

Recently, however, I learned a new idea about what self-care is and how to do it. During a talk with my therapist, she asked, “Do you notice how the voice in your head is in charge of the decisions you’re making?”

What she meant was that when one is depressed or anxious, the “voice is your head” can be muddled, fogged-in, scattery, and unreliable. When one is feeling more whole and embodied, that voice feels reliable, functional, clear.

Like most good ideas, this one is simple but powerful. When she said this, I realized that taking care of that voice in my head, making sure as best I could that it stayed healthy and clear, was my responsibility. Almost as if it is an entity separate from me, which sounds weird, but makes sense when you learn the necessity of distancing yourself from your own addled thoughts.

From this perspective, doing things that I know will keep this voice whole and robust becomes more appealing. For example, I hate to shower–disgusting, but true. Unless I am in the ocean, I do not want to get wet. Baths are not even on my radar. I legit do not like to travel for longer than a day because facing an unfamiliar shower is overwhelmingly uncomfortable. [Obviously, I shower, but if you need in-depth info on dry shampoos and/or body wipes, I’m your person].

I’ve tried a lot of things–appealing shower curtains, pleasingly-colored towels, and most recently, eucalyptus in the shower–but these things simply help me enjoy looking at the bathroom, not effortessly integrating a quick shower into my mornings. A few years ago, during one bad depressive episode, I spent a long time thinking about how much I hated having to squeeze the shampoo and conditioner from their containers, and it seemed like a ray of light when I realized that I could buy pump bottles instead.

But showering and all that accompanies it–grooming, paying attention to my body, being comfortable going into the world and not feeling like a troll–is a task that keeps that entity in my psyche feeling strong and in charge. I do not need to LIKE the shower. I will never need to LIKE the shower. But doing it because it’s helpful to the part of me that needs to be in the world as a whole being–that’s self-care.

Removing the idea of forced enjoyment or comfort from the notion of “self-care” feels freeing. It also feels like a choice, something that can look the way I want it to look, not like an Insta ad.

At Blackwater Pond by Mary Oliver

At Blackwater Pond the tossed waters have settled
after a night of rain.
I dip my cupped hands. I drink
a long time. It tastes
like stone, leaves, fire. It falls cold
into my body, waking the bones. I hear them
deep inside me, whispering
oh what is that beautiful thing
that just happened? 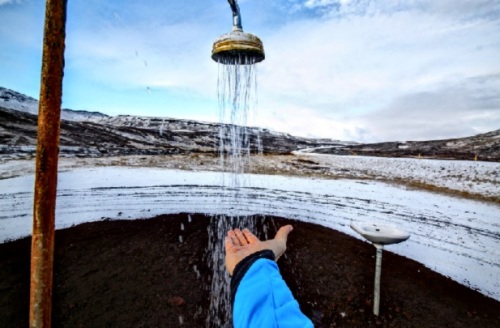