Even If I Don’t See It Again

Hello everyone!  Well, this makes me sound like Out of Africa’s Karen Blixen (“I had a farm in Africa, at the foot of the Ngong Hills…”), but nevertheless: I’ve been on a ranch in Malibu, at the foot of the Santa Monica mountains.  Yes indeed–I got a free pass on 5 weeks of Illinois winter this year and it was exquisite.  Looking out my window right now, it’s gray and bare, but that’s okay, because if I close my eyes I can see mountain trails lined with rosemary and eucalyptus, magical waterfalls and fragrant bay leaf trees, and the tidal pools of Matador Beach, dotted with sea urchins that close like tiny fists around your finger if you touch them.  If we instituted a mandatory month in southern California every February, the world would be a much happier place, I feel sure. 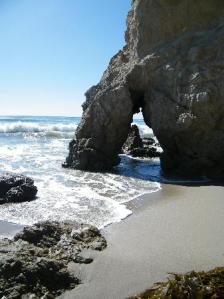 El Matador Beach (I walked through this cove)

Perhaps similar to the northeast, California has sort of a smug feeling of being its own country; actually, California seems to think of itself as two countries–northern and southern.  Other states don’t quite make it onto the radar.  For example, when I told people I was from Illinois, they often got it confused with Iowa or North Dakota.  And they don’t really care.

After spending some time there, I can understand this.  And at this time of the year in Illinois, I am usually counting the days until it’s reasonable to hope that the temperature may get out of the 40’s, say by the end of May.  That is, unless I’ve given up on spring altogether, which sometimes happens.

But at this moment, I’m looking back, missing the sun, and the protection of the mountains.  I can’t imagine ever taking the natural beauty of where I was for granted, but of course eventually I would have.  Still, if I didn’t spend almost all of my time in east central Illinois, I wouldn’t have been able to appreciate the miracle of standing at the edge of the Pacific on the same day that Martin and the boys were walking across a bridge over the Chicago River in the 20 degree cold. 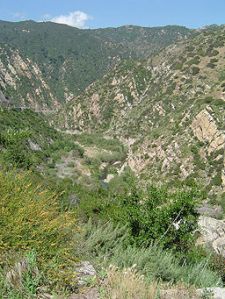 View of the Santa Monica Mountains

Sometimes I feel stuck here on the prairie, and despite the vast flatness, it can feel very, very small.  I think it’s the sameness of the landscape.  I get a little obsessed with thinking about all the places that I will never live, and likely never even visit.  Moscow, Calcutta, Tokyo.  I don’t even want to go to Calcutta, but still.  Do you know what I mean?  Sometimes I feel stuck in the monotony, and can get to feeling a little desperate about what isn’t there, what I don’t have, what I had once and then had to leave behind.

But this winter I was lucky enough to experience a new vista, and a new sense of what’s possible.  And the poem below by contemporary American poet Marie Howe reminded me this morning that when we recognize beauty in something, we have that beauty in ourselves; if we loved something once, it is with us forever, even if we never see it again (“if once it hailed me it ever does”).  Loving anything is a way of discovering ourselves, and falling in love not just with what is outside of ourselves but with our own exquisite longings as well.  Experienced in this way, there is no such thing as unrequited love.

I’ve missed you tons, and have lots of good things to share with you in the next few weeks.  Lent starts on Wednesday, March 9, and I’m going to give a Lenten blog another go.  I hope you’ll be here!  Also, for all of you writers, journalers, storytellers, and poets (or anyone who wants some inspiration for their own writing practice), there’s a new page on the site (you’ll see it in the top navigation bar) called “Write About This,” which is a monthly collection of writing prompts and ideas.  I’m excited about this, and hope we might be able to share some writing experiences!

Keep looking for the sun, and as always, I’d love to hear from you!

Even If I Don’t See it Again

Even if I don’t see it again.–nor ever feel it
I know it is–and that if once it hailed me
it ever does–

and so it is myself I want to turn in that direction
not as towards a place, but it was a tilting
within myself,

as one turns a mirror to flash the light to where
it isn’t.–I was blinded like that–and swam
in what shone at me

only able to endure it by being no one and so
specifically myself I thought I’d die
from being loved like that.

P.S. Here’s a short video of Marie Howe reading her poem “The Star Market.”  It starts with the intriguing first line, “The people Jesus loved were shopping at the Star Market yesterday…” 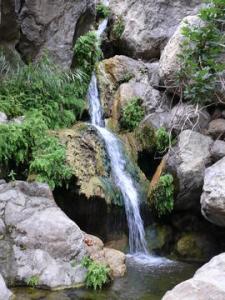