My apologies for not beginning this year’s Lenten blog on the first of Lent, but I have a good reason.  I was the victim of the ferocious digestive virus that has been circling our city like a plague of locusts.  First Gabe got it.  He puked all over himself while sitting in his car seat on the way to daycare.  Oh, the crying.  The stench.  The longing for a new car seat.  And he had been totally okay ten minutes before.  Then last Monday, I was at work, fine one minute, and doubled over in pain the next.  And seriously, the only thing I could think of to do was to call my mother who lives 800 miles away.  I didn’t, but still. 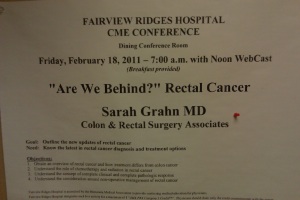 So, I spent Fat Tuesday/Mardi Gras cursing every morsel of food I had eaten in the last week, and Ash Wednesday piously fasting, but only because if I ate anything I’d see it again in some form in about 30 minutes.  Anyway.  Welcome to Lent 2011.  For some background on both Lent and why I am writing this Lenten blog, please click here.   At least if you read that, it will lift the tone of this post out of the toilet.  Literally.

Yesterday I was talking with an interesting woman named Kim Curtis.  She’s a painter (you can see some of her very cool work here), and she told me that one of her teachers in art school said that in order to get from where you are now to where you want to be, you have to create a lot of really bad paintings.  So get to it!

This reminded me of the chapter of Anne Lamott’s Bird By Bird: Some Instructions on Writing and Life called “Shitty First Drafts.”  She writes that perfect, effortless, fully formed prose is “just the fantasy of the uninitiated.”  Of the writers she knows, “Not one of them writes elegant first drafts.  All right, one of them does, but we do not like her very much.  We do not think that she has a rich inner life or that God likes her or can even stand her.  (Although when I mentioned this to my priest friend Tom, he said you can safely assume you’ve created God in your own image when it turns out that God hates all the same people you do)” (Lamott, 22). 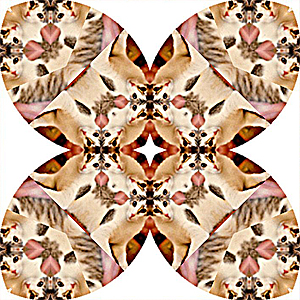 The common thread in what Kim Curtis’ teacher told her, and what Anne Lamott is reminding us of is that creativity–and pay attention, folks, because being alive and awake is the most radically creative act any of us can do–depends on self-permission, on giving yourself absolute freedom to screw up, and that “perfectionism is the voice of the oppressor, the enemy of the people” (Lamott, 28).

The poem below by Dorianne Laux begins with “Regret nothing,” and goes on to detail many, many things, large and small that one might indeed regret in a life.  One of the wonderful things about this poem, in fact, is its excruciating attention to detail.  Even though it’s called “Antilamentation,” the things the poet tells the reader not to regret are so vivid, and so mundanely awful that you experience the poem as a kind of lament: “You were meant to inhale those smoky nights/over a bottle of flat beer, to sweep stuck onion rings/across the dirty restaurant floor, to wear the frayed/coat with its loose buttons, its pockets full of struck matches.”  These are the details of a real life, one person’s unique life, and yet lifted out of the mundane to send this universal message: “You’ve traveled this far on the back of every mistake.”  You are you because of where you’ve been and what you’ve done.  Even, or rather especially if it sucked.

As one of my most favorite writers, Florida Scott-Maxwell wrote, “Life does not accommodate you, it shatters you. It is meant to, and it couldn’t do it better. Every seed destroys its container or else there would be no fruition.”  I’d never argue that some mistakes don’t suck, or hurt other people or make your life very, very difficult.  Also, I just don’t buy the “there’s no right or wrong, no good or bad” philosophy.  Decency and social awareness: right.  Taking life for granted and complaining a lot: wrong.  Intentionally hurting others: bad.  Kindness and love: good.  Some mistakes are wrong and bad.  Yes.  But if you are lucky, and I believe most of us are, life gives us a chance to clean a lot of that stuff up.

But when you live in the mistake, the regrets, the suffering, the bad painting or the shitty first draft, you’re stuck.  If those are the experiences that define you, you’ll never get to the clean canvas or the white page that’s waiting.  Just for you.  That is, if you’re brave enough to forgive yourself and get on with it.

Regret nothing. Not the cruel novels you read
to the end just to find out who killed the cook, not
the insipid movies that made you cry in the dark,
in spite of your intelligence, your sophistication, not
the lover you left quivering in a hotel parking lot,
the one you beat to the punch line, the door or the one
who left you in your red dress and shoes, the ones
that crimped your toes, don’t regret those.
Not the nights you called god names and cursed
your mother, sunk like a dog in the living room couch,
chewing your nails and crushed by loneliness.
You were meant to inhale those smoky nights
over a bottle of flat beer, to sweep stuck onion rings
across the dirty restaurant floor, to wear the frayed
coat with its loose buttons, its pockets full of struck matches.
You’ve walked those streets a thousand times and still
you end up here. Regret none of it, not one
of the wasted days you wanted to know nothing,
when the lights from the carnival rides
were the only stars you believed in, loving them
for their uselessness, not wanting to be saved.
You’ve traveled this far on the back of every mistake,
ridden in dark-eyed and morose but calm as a house
after the TV set has been pitched out the window.
Harmless as a broken ax. Emptied of expectation.
Relax. Don’t bother remembering any of it. Let’s stop here,
under the lit sign on the corner, and watch all the people walk by.

7 thoughts on “Antilamentations. Or Why You Should Make Lots of Mistakes.”